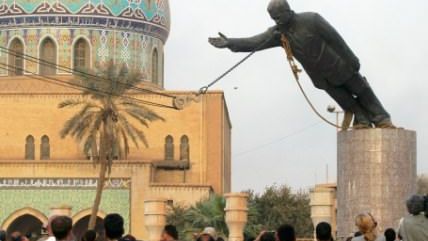 "This looks like a rerun of a bad movie and I'm not interested in watching it," George W. Bush snapped during one of the will-he-or-won't-he negotiations over inspections of Saddam Hussein's supposed biochemical and nuclear sites. In National Geographic Channel's two-part documentary series The 2000s: A New Reality, Bush's words become a double entendre, an epitaph not only for the negotiations but the show itself, a stark reminder that we're trapped in a lost decade that's well on its way to two.

That's not to suggest that The 2000s is poorly done, Glenn Garvin explains. Subject to the same caveats that apply to the inevitably shaky attempts to sum up 10 arbitrarily chosen years under a single label, The 2000s does a reasonably good job of weaving a tapestry of the decade's highlights.