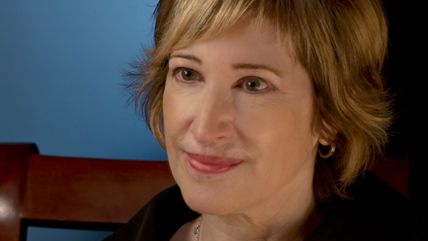 "What now gets labeled feminism on [college] campuses," says Northwestern University Professor Laura Kipnis, "has to do with dialing back a lot the progress women have made establishing ourselves as consenting adults."

That was the main argument of an essay Kipnis published this past February in The Chronicle of Higher Education, titled, "Sexual Paranoia Strikes Academe." After the article appeared, the Northwestern campus erupted in protest. Students demonstrated by carrying mattresses and pillows and wrote a public letter accusing Kipnis of "[spitting] in the face of survivors of rape and sexual assault everywhere."

Then two students filed complaints with the university, and Northwestern brought Kipnis up on charges under Title IX of the 1964 Civil Rights Act, which outlaws discrimination on college campuses that receive federal support. The charges were later dismissed, but not before Kipnis wrote a follow up essay in Chronicle, "My Title IX Inquisition."

Last week, Kipnis sat down with Reason's Matt Welch to talk about campus feminism, Title IX, why Hustler's Larry Flynt and anti-porn activist Andrea Dworkin have a lot in common, and her recent book, Men: Notes from an Ongoing Investigation.

Shot and edited by Jim Epstein, with help from Anthony L. Fisher.