A. Barton Hinkle on Taxi Drivers in France Striking Against Uber 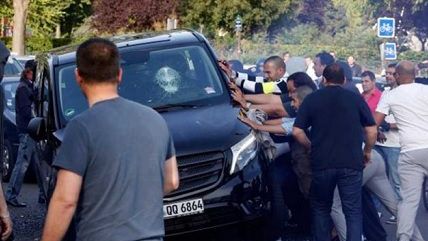 A specter is haunting Europe — the specter of capitalism. French cab drivers are frightened out of their gourds by Uber, the ride-for-hire app. So last week they overturned cars, burned tires and incited general mayhem. Then one of them said, evidently with a straight face, "Why isn't the government enforcing the law? It's apparently possible not to respect the rule of law." The complaint was not quite so weird as it sounds: Recent French law prohibits both the ride-sharing app Uberpop and unlicensed taxi-driving, but Uber has continued to operate while awaiting a final court decree that would shut it down. But, writes A. Barton Hinkle, in another sense it is grotesquely wrong: meting out indiscriminate violence to demand the government threaten further violence