Few who are committed to "gun control" understand how guns have proven pivotal to the safety and freedom of black Americans. 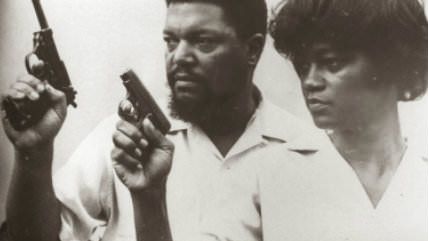 The racially motivated murders of nine black churchgoers in Charleston have brought predictable calls for new restrictions on the right to keep and bear arms. Yet few who are committed to "gun control" understand that "time and again, guns have proven pivotal to the African American quest for freedom," as Charles E. Cobb Jr. notes in That Nonviolent Stuff'll Get You Killed: How Guns Made the Civil Rights Movement Possible.

Guns made the civil rights movement possible? What about the philosophy of nonviolence embraced by most prominent civil rights leaders, such as Martin Luther King Jr.?

But nonviolence does not rule out armed self-defense, argues Sheldon Richman. In American communities where the law was weighted against blacks, armed self-defense was (and still is) a natural response. Guns were no guarantee against white aggression, but more blacks would likely have been killed had they been unarmed.