Matt Welch on the Eternal Recurrence of Bush Conservatism

How can libertarians trust that constitutional conservatives won't yet again yield to the temptations of Bushism? 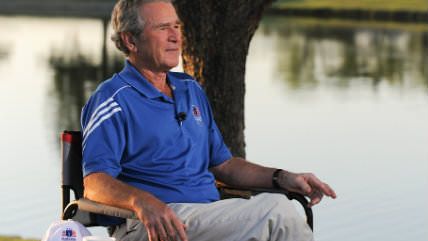 The noble aim of Charles C.W. Cooke's The Conservatarian Manifesto is to replace the big-government, interventionist, tax-cut-and-spend philosophy of George W. Bush conservatism with something that leans more libertarian, particularly on spending, drugs, nation building, and crony capitalism. So far, so great. But political manifestos with catchy names tend to imply calls for group action and team spirit, cautions Matt Welch. If libertarians are going to attach themselves to a group of constitutional conservatives who reliably caucus Republican, those of us who are GOP skeptics must wonder: How can we trust that this bloc won't yet again yield to the temptations of Bushism?