Charles Paul Freund on the Alleged Objectivist Theme of Tomorrowland 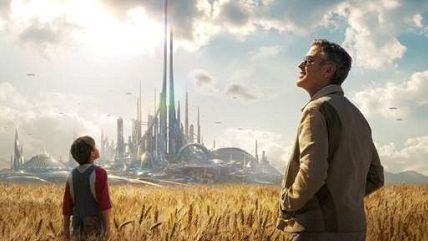 Brad Bird's Tomorrowland is "the most insidiously political blockbuster ever made," writes Barry Hertz at Toronto's Globe and Mail. Like Ayn Rand, Hertz argues, director Bird "pines for worlds where incredible people can be free to do incredible things, and to hell with everyone else."

This is a theme, notes Charles Paul Freund, that some of Bird's critics have been pursuing for years: The New York Times evoked Rand when it reviewed The Incredibles in 2004. The Guardian thought that film's message—"powerful people must not be held back by the mediocre masses," according to the paper—was more out of Nietzsche than Rand. As for critic Hertz, he believes that all of Bird's films have projected an "Objectivist message," one that has "allowed him to build an IMDb profile that would make Ayn Rand blush."