Jacob Sullum on Jeb Bush's Dangerous Desire to Forget the Past 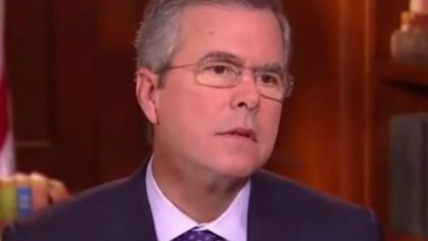 According to researchers at Brown University's Watson Institute for International Studies, the war in Iraq that George W. Bush started in 2003 has killed about 200,000 people, mostly civilians, and cost American taxpayers more than $2 trillion. That's a pretty big mistake to admit, so it's not surprising that Bush continues to defend the war.

Nor is it surprising that the former president's brother, Jeb Bush, would be reluctant to criticize the Iraq debacle. But while that reticence is understandable for a brother, Jacob Sullum says, it is inexcusable for a presidential candidate, who is seeking a job that would put him in a position to make such disastrous mistakes.