Want an independent thinker out of your university? Instigate a "passionate emotional reaction" against him. 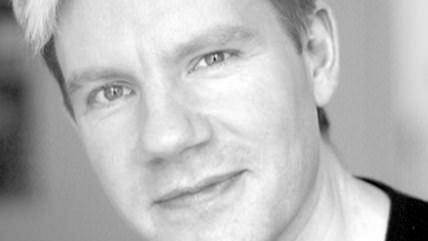 "Are you now or have you ever been a climate contrarian?"

How long before this McCarthyite question is asked of everyone who enters into academia, in order to weed out those who refuse to bow and scrape before green orthodoxy?

If you think this sounds like a far-fetched proposition, consider a recent scandalous act of academic censorship at the University of Western Australia (UWA). And consider, more importantly, the lack of outrage it caused in the West's professorial circles.

Famous for his book The Skeptical Environmentalist—in which he argued that, yes, climate change is real, but, no, cutting back on economic growth won't help—Lomborg has been a brilliant piece of grit in one-eyed green thinking for more than a decade.

The Australian government, headed by the semi-skeptical Prime Minister Tony Abbott, decided to offer a base to Lomborg for his greenish but pro-growth analysis and agitation.

It asked him to bring his Copenhagen Consensus Center, the U.S.-based, Danish-funded not-for-profit think-tank he's been running since 2006, Down Under. It would now be based at UWA, would be renamed the Australia Consensus Center, would be funded to the tune of 4 million Australian dollars, and would continue to stoke heated debate about whether mankind really is on the precipice of eco-doom (no) and whether more growth, not less, is the most sensible solution to the problems we face (yes).

Well, that was the plan. But it was scuppered by what can only be described as a ramshackle modern-day Inquisition, which found Lomborg guilty of the crime of denial—not of God, but of climate-change alarmism—and had him cast out of UWA.

As soon as it was revealed, last month, that Lomborg would be coming to UWA, eco-friendly but debate-unfriendly agitators started to bristle and fume.

The Guardian questioned his fitness for academic life. At UWA, there was a rowdy gathering of academics and students, described by one witness as being "like a Rolling Stones concert," at which there was apparently "riotous applause" when a speaker called on UWA to "end [its] deal with the climate change-contrarian." Sounds less Rolling Stones gig, and more controversy-allergic mob.

The UWA Student Guild also insisted Lomborg should be kept out of UWA. The language the Guild used was striking: it accepted that Lomborg "doesn't refute climate change itself," but pointed out that he does have a "controversial track record [as a] climate contrarian." So this was about keeping controversy off campus, protecting UWA, not from scientifically incorrect thinking, but from contrarian thinking. It was a demand for nothing less than political censorship, of a thinker who dares to think differently to the mainstream on the issue of climate change.

And here comes the truly shocking bit: the academic mob was successful. UWA capitulated and called off its deal with Lomborg, citing the "strong and passionate emotional reaction" from academics, students, and sections of the media.

So the emotionalism of people who dislike a certain way of thinking overrides the right of that way of thinking to be expressed, explored, even to exist on campus. What a terrifying precedent UWA has set. Want a thinker out of your college? Then instigate a "passionate emotional reaction" against him. UWA has effectively institutionalised a mob veto over academic freedom.

The silence from western academia has been striking: very few voices have piped up to condemn UWA's reneging on an academic deal after a noisy few had a "passionate emotional reaction" against it.

In fact, some academics have cheered UWA's decision. A lecturer at the Australian National University took doublespeak to dizzy new heights when, in The Guardian, he said UWA's erection of a Lomborg-deflecting forcefield was actually academic freedom in action. Yes, he said, universities partake in the "soft censorship of bad ideas… it's called learning."

This is a highly disingenuous reading of what learning means. Learning is a process of testing, discussion, submitting your ideas to debate and standing by them as the brickbats of disagreement and counter-argument come flying in. This is why academic freedom is so important: the liberty to think and speak and argue is the only real way of getting to the truth of a matter, and in the process boosting our understanding of the world.

In the Lomborg scandal, this process was circumvented. Lomborg's center was pre-emptively denied the right to put its case in Australian academia, by "passionate emotional" protesters who think they already know The Truth on climate change: that it's happening, it's terrible, and we will only alleviate its worst impacts by putting restraints on humanity's material aspirations.

This isn't learning, far less academic freedom in action. Rather, it echoes the old, pre-modern view of a university as, in essence, a bookish guardian of ecclesiastical authority. Only now it's eco-authority that is protected from intellectual poking and awkward analysis, ringfenced from ridicule just as surely as the pointy-hatted overseers of universities in the pre-Enlightenment era also ringfenced ideas that they just knew were true.

UWA's backtracking on its Lomborg deal is the bastard offspring of two of the more censorious strains in the 21st-century West.

First, eco-intolerance, the use of medieval-echoing slurs like "Denier" to demonise those who doubt the gospel of climate-change alarmism, and the elbowing-out of polite society anyone who thinks climate change is not actually the end of the world.

And secondly, creeping campus conformism, a growing problem everywhere from America's Ivy League to Britain's dreaming spires to Australia's colleges. Whether students and academics are "No Platforming" offensive politicians, disinviting un-PC speakers, or giving "riotous applause" to the demand that a climate contrarian be denied university space, the one place you would expect intellectual tolerance to exist—the academy—is becoming more and more intolerant.

Smash together eco-correctness with the West's scarily cavalier attitude to the great modern ideal of academic freedom, and what do you have? A serious, valuable thinker like Lomborg being chased from a university by a passionate emotional mob. We need to make a fuss about this, before more people start getting the idea that they have the right to shout down and silence anyone who dares to be contrary.