Steve Chapman on Presidential Candidates Failing to Learn from Iraq 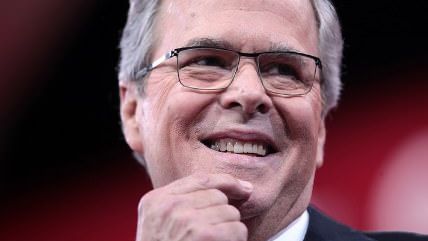 If you're looking for deep, searching reflection on the Iraq war, the 2016 presidential campaign may not be the best place to look. An NBC News/Wall Street Journal poll last year found that 71 percent of Americans and 44 percent of Republicans think the war "wasn't worth it."

But nearly all Republicans and many Democrats supported it at the time. So the less said on the subject, most of the candidates doubtless feel, the better. Most prefer to "focus on the future," as Jeb Bush urged.

As Steve Chapman explains, this desire not to dwell on the past often comes from the same candidates who invoke the Munich agreement of 1938, a failed attempt to appease Adolf Hitler. But how a candidate assesses the lessons of the past is one of the best ways to get a sense of how a president would behave in the future—which is also "a hypothetical."