Vid: Cattle Ranchers vs. The Feds: "You don't just come into a ranch and say I'm going to run it." 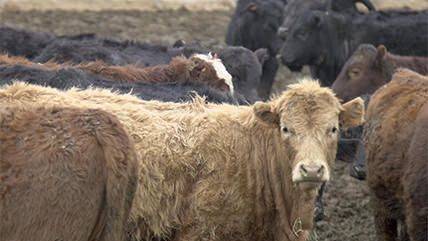 "They say you can't fight City Hall," says rancher Eddyanne Filippini, but "what they're doing to us is not right."

A cattle rancher in Battle Mountain, Nevada, Filippini and her husband Dan are fighting with the government to get their grazing rights back on land controlled by the Bureau of Land Management (BLM). Permits to graze on federal lands are part of a ranch's assessed value and transferred when property is bought or sold. The BLM, a federal agency within the Department of the Interior, controls a total of 155 million acres in the U.S. that is sets aside for livestock grazing. Private ranchers like the Filipinis rely on this land to feed their cattle.

Last year, the BLM revoked the Filippinis' grazing rights on the grounds that a drought had made the land too dry. Raul Morales, the deputy state director for the Nevada State Office of the BLM, tells Reason that "Nevada has actually been in drought 8 of the last 10 years. The last four years we've had…consistent drought."

"We know how to take care of it and we do, we have for years," explains rancher Pete Tomera, a neighbor of the Filippinis who is also fighting for the return of his grazing rights. "We've done it all our lives. I mean you don't just come into a ranch and say I'm going to run it."

About 4 minutes and 30 seconds.

Scroll down for downloadable versions and subscribe to ReasonTV's YouTube Channel to receive notifications when new material goes live.