Need to Get Away? Stay at the ISIS Hotel! 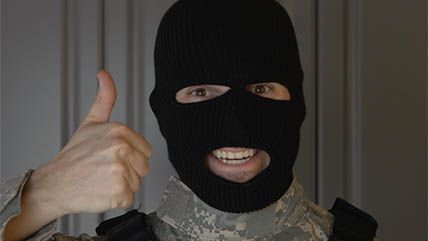 I.S.I.S, the Islamic State of Iraq and Syria, has purportedly re-opened the luxurious Ninawa International Hotel in Mosul, Iraq, after militants sympathetic to their cause overtook it. According to the Independent newspaper, the hotel has 262 rooms, ballrooms and restaurants. Thankfully, a commercial welcoming future guests to the luxury hotel has surfaced online as well. Don't worry: I.S.I.S. is ahead of the game on this one.

Written and produced by Paul Detrick.