The Crossroads of the World 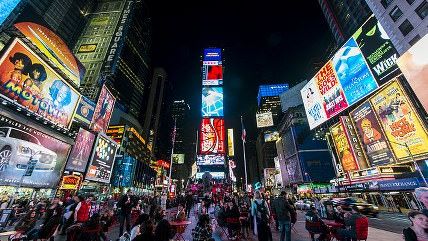 The Federal Highway Administration denies reports it is trying to force the removal of billboards in New York City's Times Square. But it does admit that a 2012 federal transportation bill designated Broadway and 7th Avenue as federal highways, which means they are now subject to the billboard limits imposed by the Highway Beautification Act. Federal officials say they are working with the city to try to find some way to keep they signs from having to be removed.