UVA Dean Sues Rolling Stone for $7.5 Million, Makes One Hell of a Case 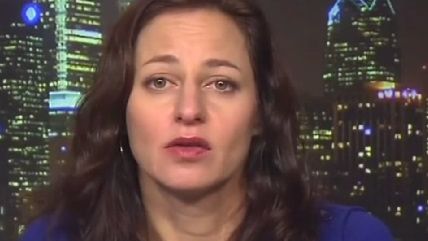 Eramo, who was chosen by Erdely and her editors as a manifestation of UVA's purported indifference to the plight of rape victims, claims the magazine made categorically false statements that resulted in undeserved shaming and abuse. Rolling Stone acted with "actual malice," according to the lawsuit, since Erdely had every reason to suspect that her source for the story—Jackie—was lying. Indeed, Erdely has already admitted to feelings of nervousness about the story's veracity around the time of its publication.

Erdely and Rolling Stone acted with actual malice when they published A Rape on Campus. Erdely and Rolling Stone knew that Jackie was not a reliable source for truthful information about her interactions with Dean Eramo. They had serious doubts about the truth of the disparaging claims they planned to make about Dean Eramo, but intentionally violated commonly accepted journalistic norms and consciously failed to investigate sources and information that they believed would have revealed the falsity of the charges they leveled. Erdely and Rolling Stone were intent on painting a narrative that depicted Dean Eramo as complicit in a cover up of Jackie's allegations and, having made the decision to so accuse Dean Eramo, celebrated their preconceived narrative by including an intentionally doctored illustration of Dean Eramo that depicts her as callous toward a sexual assault victim sitting and crying in her office.

It will be tempting for some to dismiss this lawsuit as excessive—$7.5 million is certainly a lot of money—but most of the claims it makes are verifiably true. By Erdely's own admission, she knew, or should have known, that Jackie was stringing her along. Rolling Stone editors have already confessed to sidestepping the normal fact-checking process during the vetting of Jackie's story. And the investigations by The Columbia Journalism Review and the Charlottesville police lend powerful credence to this lawsuit's claims.

Eramo did suffer as a result of Rolling Stone's recklessness. The story made it impossible for her to do her job, caused her to receive death threats and rape threats, and took an enormous toll on her mental and physical health. But despite all this, she never received a specific apology from those who had wronged her. Rolling Stone, in fact, continued to stick by its story long past the point at which its editors would have known for certain they had completely botched "A Rape on Campus."

It seems to me that Eramo has made a strong case for some kind of compensation. Once again, I concur with Richard Bradley:

Generally, I don't like to see magazines sued, because it's a tough business and most journalists really do try to do their work well and conscientiously. But in this case, I can't be that upset. Rolling Stone's article was the worst piece of journalism I've seen in many years. In this one case at least, I'd say that publishing such crap does more harm to the profession than the libel suits that follow it.