The moral policing and censure of frats and lads is a scandal. 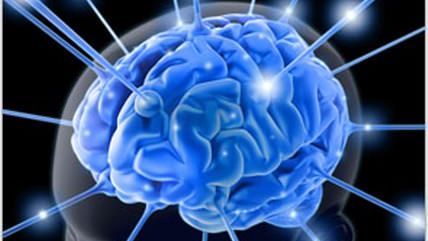 Imagine if radical left-wing students were only allowed to play for their college football teams if they first agreed to attend a class designed to expunge their edgy thinking. We would consider that outrageous, a return of McCarthyism, an intolerable assault on the right of students to think whatever they want. We'd call it thoughtpolicing.

So why is there so little uproar about Oxford University's decision to make its rugby clubs undergo anti-sexism classes before being allowed to compete in major college tournaments?

Replace radical left-wing students with rugby-playing students, and Red thinking with laddish banter, and the nightmarish scenario described above is actually happening on a British campus: students are being forced into thought-washing before being allowed to represent their colleges in sports.

None of the rugby clubs at Oxford has been implicated in any crimes. But the university administration has nonetheless decided to make all of them sit through one-hour "anti-misogyny classes" in an attempt to "combat sexism on campus." Any rugby-playing student who refuses to be lectured about the rottenness of sexist thinking will be forbidden from playing in this year's Cuppers Final, an annual clash of Oxford's various college rugby teams. That is, they're being strong-armed to submit themselves to a moral clear-out of their minds.

Notably, the classes aren't designed to alter any problematic behaviour—they're explicitly about transforming how these students think and speak. As one news report says, it's about educating these guys about the horribleness of their "jokes and songs," which can be saucy and raucous and apparently make some women feel uncomfortable, and getting them to ditch their "lad banter"—the rude chit-chat rugby guys are famous for indulging in.

There's a word for this kind of thing: re-education. British universities no longer simply educate their students, adding bits of knowledge to their brains; they also re-educate them, removing apparently dodgy stuff from their minds.

Oxford's rugby players aren't the only students being cajoled into moral re-education under the guise of combating misogyny. Indeed, on British campuses lads are the new Reds: across the U.K., laddish students (known in the U.S. as jocks or frat boys) are being subjected to the kind of mind-policing and moral censure that would cause a huge stink if it were applied to any other social group.

Last October at the London School of Economics (L.S.E.), the rugby club was disbanded for a year and its members were pressured by the LSE Students' Union, in cahoots with university management, to sign up for "Good Lad" discussion groups at which they are encouraged to fix their allegedly backward ways of thinking. Only when the Union and the university are satisfied that the rugby lads have been remade as "Good Lads" will the club be allowed to reform.

What was the L.S.E. rugby boys' crime, earning them this year-long bout of repentance and re-education? At the Freshers' Fair last October they distributed a jokey leaflet advertising their upcoming social events which said that "mingers" (English slang for ugly women) and "homosexual debauchery" were not welcome. For making this crass but ultimately harmless joke, they were denied the right to play college sports for a year and were pushed into anti-lad re-education.

As part of their re-education programme, the students gather on public streets near the L.S.E. holding placards saying "A good lad…", and then they fill in the blank. "A good lad frees himself of gender stereotypes"; "A good lad understands that feminism isn't a dirty word"; and so on. To see these students holding up self-critical placards in public is extraordinary, and sad. It's like something out of Mao's China, when disobedient professors and artists were likewise paraded in public with insulting placards, usually hung around their necks, identifying them as intellectual reprobates. Fast forward 50 years, and students at L.S.E. are being publicly identified as moral reprobates, sinners against the new orthodoxy of P.C. speech and feministic censure.

The Oxford and L.S.E. punishment of boorish speech is part of broader culture war against lads on U.K. campuses. And often the war is led by students themselves, or certainly by Students' Unions that claim to represent the student body.

The National Union of Students (N.U.S.), the umbrella body for all Students' Unions, had a Lad Culture Summit in 2014—really—to discuss how to hammer the alleged scourge of laddish banter and behaviour. Out of this summit came a National Strategy on Lad Culture, which involves the N.U.S. putting pressure on Students' Unions to clamp down hard on any displays of laddishness on their campuses.

To that end, Edinburgh University's S.U. introduced a policy to "End Lad Banter on Campus." Imagine the tyrannical arrogance it takes to believe you have the right to end an entire way of speaking. Cardiff University has an "Anti-Lad Culture Policy," which aims to tackle the "pack mentality," fuelled by "heavy alcohol consumption," that can give rise to "banter" and the use of "gender-, sexuality- and rape-based humour." Booze, gangs, taboo-busting jokes—to some people that's a night out, not a moral crime. One person's "evil banter" is another person's perfectly acceptable larks.

Cardiff's Anti-Lad Culture Policy was used to ban Dapper Laughs, a saucy comedian, from performing a gig on campus last year. This stuff has a directly censorious impact.

In the name of clamping down on lad culture, other Students' Unions have banned Robin Thicke's "Blurred Lines" and even forbidden the making of "sexual noises." Newcastle University's Students' Union warns students against making "unwelcome sexual invitations" (like asking someone to dance?) and (again) "offensive sexual noises," which can include wolf-whistling and cat-calling. If you can't make an offensive sexual noise while you're a student, when can you do it? Under pressure from the N.U.S, more universities are adopting anti-lad policies.

No matter how much P.C. gloss gets slathered on this war on lads, there's no disguising what it really is: intolerance, plain and simple, of a particular way of thinking, speaking, and socialising. And of course it isn't only Britain: following Rolling Stone's fact-free fantasy about a frat rape at the University of Virginia and the expulsion of frats from the University of Oklahoma after they were videoed making a racist chant, it's open season on U.S. frats as much as it is on British lads.

How long before frats in the U.S. are also made to parade in public with placards of self-disgust? This transatlantic war on male students who commit the ultimate crime of failing to be P.C. is the logical conclusion to the culture of campus censorship: not satisfied with controlling what students say, intolerant student reps now want to police their very thoughts, clean out their grey matter, re-educate them. Mix Mao with Andrea Dworkin, and chuck in a bit of Orwell for good measure, and you have a terrifying new intolerance of maleness that is the match of any mind-policing authoritarianism of the past.