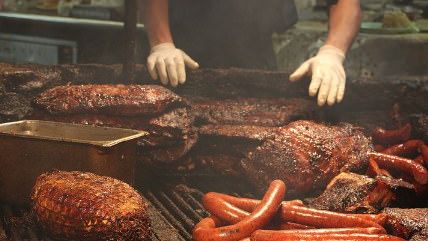 Earlier this month, the city council in Austin, Tex. took up "the smell of barbecue and a proposal to control it," reports the New York Times, "in response to some citizen complaints." If that sounds ominous—and not just a reporter blowin' smoke—that's because it is.

Daniel Vaughn, who writes for Texas Monthly and serves as the country's only "barbecue editor," painted a bleak picture of the proposed rules in a piece he wrote in March, writing that the rules could force Austin barbecue joints to leave the city in droves. Keep Food Legal's Baylen Linnekin examines the potential massive impact of this reckless meddling.