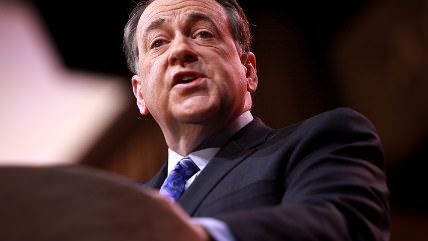 Mike Huckabee mounted an impressive campaign kickoff Tuesday, has a natural base among evangelical voters in the Republican Party, and won eight states in the 2008 race. Joe Biden, who went nowhere in two previous bids, isn't running yet and may not. But if either has a chance of being elected president, it's the latter, according to Steven Chapman. The former governor and the current vice president don't seem like likely choices, but if Hillary Clinton's campaign collapses, keep an eye on Biden.