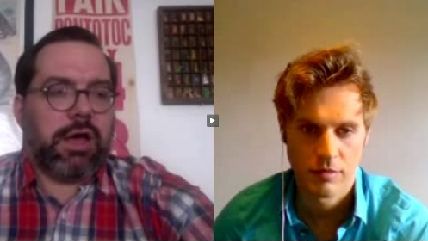 Have college campuses becomes dens of politically-correct progressive thought-control—with a healthy dose of Orwellian anti-sex paranoia thrown in? Or are activist-liberal students still largely a powerless class? I debated these notions with Angus Johnston, a history professor at the City University of New York and founder of studentactivism.net, in a recent Bloggingheads.tv appearance.

Johnston is an eloquent critic of my views, and he raised several valid objections to my arguments. He is correct to point out that speech that is stridently critical of—or refuses to engage—other speech is still speech. Students who call Christina Hoff Sommers a rape apologist, protest the decision to bring her to campus, and reject everything she says might be completely wrong, but they are not engaging in censorship any more than journalists chastising them for their indignation are engaging censorship. Johnston thinks concerns about an illiberal mob are overwrought, and points out that most university-sponsored violence is directed against the most liberal students.

I hit back more stridently during our segment on the affirmative consent standard—something we vehemently disagreed on. Given the low standard of proof, demonstrable bias against male students when alcohol is involved, and administrators' awful track records of adjudicating these matters, I think I'm more than justified in expecting even less justice in campus rape tribunals if laws like California's became the norm.