"This is an example of how the English language adapts to people's needs," says OED editor Jonathan Dent. 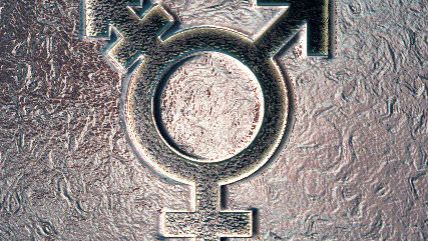 The gender-neutral honorific "Mx" may soon join the likes of Miss, Mr., Mrs., and Ms. in the the Oxford English Dictionary (OED). Assistant Editor Jonathan Dent said the word—pronounced "mux" or "mix" (there doesn't seem to be a consensus yet)—is being considered for inclusion in the next edition of the OED.

For the past few years, U.K. officials and businesses have been quietly adding Mx to forms and databases. It's now accepted on U.K. driver's licenses and other official government paperwork. It's also "the most commonly used and recognized gender neutral title" at Oxford University, and major banks such as Barclays and Halifax now recognize it as well.

"This is an example of how the English language adapts to people's needs, with people using language in ways that suit them rather than letting language dictate identity to them," Dent told The Sunday Times.

When you look at the usual drop-down options for titles, they tend to be quite formal and embrace traditional status such as the relationship between a man and wife, such as Mr and Mrs, or a profession such as Dr or even Lord. This is something new.

"Mx first appeared in a U.S. parenting magazine in the 1970s, proposed by those who viewed the traditional honorifics of Mr, Miss and Mrs as discriminatory," according to Al Arabiya News. "However, in the late 1990s, it became more associated with individuals choosing not to identify themselves as either male or female."