Opponents are depicting the Trans-Pacific Partnership deal as full of sinister provisions, which will be known only after it is too late to escape them. 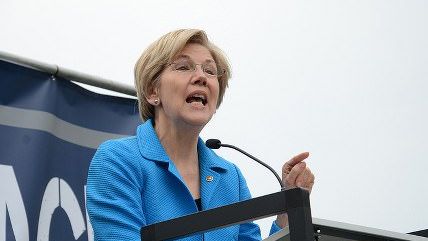 Political debates often pit fear against hope, and when it comes to international trade agreements, many Democrats prefer to scare. It's a durable strategy that they can't relinquish—even though it usually fails.

If you're going to make a horror movie, you need a villain who can make your blood run cold. Despite endless efforts to pump this one up, the audience mostly yawns. Americans have gotten too used to the obvious benefits of trade to be terrified by German cars, Canadian oil or Chinese toys.

The Obama administration is currently negotiating with 11 other nations on a Trans-Pacific Partnership, which is intended to remove barriers to trade and investment and establish clear rules of the road. In preparation for submitting the deal, the administration wants "trade promotion authority," a long-used option that says Congress may accept or reject any such accord but may not amend it.

Opponents of trade reject both proposals. They don't want to expand commerce with these countries, which range from Japan to Chile (and don't include China). They know that without trade promotion authority, getting a deal done would become virtually impossible. No country is going to agree to a large package of provisions if Congress can step in and veto any it doesn't like.

But it's hard to frighten voters with tirades about congressional voting procedures. So the critics are depicting the whole process as one of ominous secrecy, whose sinister effects will be known only after it is too late to escape them.

Former Maryland Democratic Gov. Martin O'Malley, who may run for president, lodged this complaint against the Pacific accord: "What's wrong with it is first and foremost that we're not allowed to read it before representatives vote on it."

Sen. Elizabeth Warren, D-Mass., who says she won't run, insists that the administration is desperate to hide the details. "Why? Here's the real answer people have given me: 'We can't make this deal public because if the American people saw what was in it, they would be opposed to it.'"

Isn't it odd that someone so committed to openness won't say who told her that? If I were President Barack Obama, I would offer to pay for a polygraph exam to see if Warren is speaking honestly. O'Malley may be consciously deceptive, or he may be merely confused.

In any case, they are not to be taken seriously. Much of what is in the trade deal is not known because the negotiations, like the Iran nuclear talks, take place behind closed doors. Governments don't make a practice of wrangling over such matters in public view.

The public view comes later—after the agreement is completed. Contrary to these claims, it will be disclosed then. Members of Congress will be able to read it, and so will voters. That's why PolitiFact rated O'Malley's claim "mostly false."

It's true that Congress is being asked to grant trade promotion authority before knowing everything the trade accord will include. But so what? It would retain the ultimate authority—to read the treaty in full and then vote it up or down.

Sen. Bob Casey, D-Pa., has a different objection. He warns that the trade promotion bill "will pave the way for another NAFTA-style deal that costs jobs." But NAFTA, which took effect in 1994, is not so much Freddy Krueger as Casper the Friendly Ghost.

Public Citizen, a liberal anti-trade group, claims it cost the U.S. 1 million jobs. If so, the loss amounts to only about 50,000 jobs per year, a drop in the ocean. Even in the current unsatisfying recovery, the economy has been creating more than 250,000 jobs per month.

More pertinent is that NAFTA didn't impede, and most likely fostered, the longest economic expansion in U.S. history—which lasted until 2001 and created 21 million jobs. If Americans were asked, "Would you like to have an economy like the one we had in the years after NAFTA?" they would be divided between those saying "yes" and those saying "hell, yes."

It would be unreasonable to dream that this or any trade agreement would restore those golden years. But it's an even bigger mistake to be afraid.