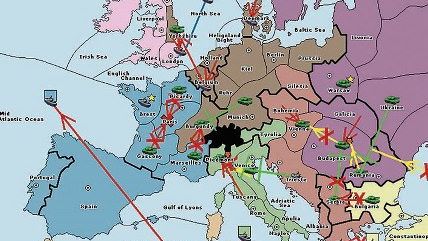 The strategic board game Diplomacy, a mainstay of play-by-mail gaming for decades, can now be played via the Internet at webdiplomacy.net. Seven players assume the roles of pre-World War I European powers. Each country is nearly evenly balanced, and winning depends not just on strategic troop movements but on negotiating-and breaking-deals with other players, privately and publicly. The online game includes rule variants limiting the kinds of communications and modifying how victories are scored.

In reality, powers aren't so evenly or artificially balanced. But neither is the world so artificially demarcated. Despite the persistence of belligerence in real-world foreign policies, freer markets have connected people in unprecedented ways while new weapons have created new balances of power, making real-world diplomacy thankfully less of a zero-sum affair than this venerable game.