Triggers all the way down 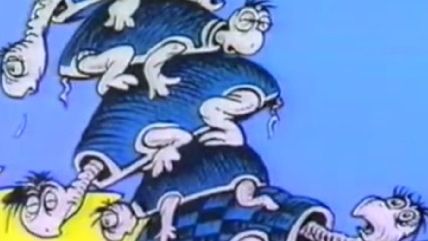 It's triggers all the way down. The Brandeis University Asian American Students Association was forced to apologize for putting up a display protesting common anti-Asian microaggressions that was itself considered to be a microaggression by some students.

Don't follow? Here's what happened, according to Legal Insurrection: BAASA taped a bunch of flyers to the steps of a campus building that contained examples of microaggressions, such as "You don't look Asian," "You're not really Asian," and "Why do Asians always hang out together."

In a statement, BAASA explained its purpose:

Our purpose in this installation is to represent the entirety of the effects of these derogatory or negative, racially based, comments called "microaggressions". These comments build upon each other; when we hear these words used against us on a daily basis, the burden can be overwhelming and frustrating. Now, you see how these words, when visually placed together on the Rabb steps, become impossible to ignore. This is what it feels like to hear microaggressions constantly used against you. These papers are invasive of a space that you often inhabit and must pass through; similar to how these remarks invade our communities and the space we share as a whole: Brandeis. The experience is often alarming, alienating, and ultimately harmful. To us, it is unavoidable.

But some Asian students took offense at the display (which was intended to educate students about offensiveness, remember), forcing an apology from the group:

In addition, we would like to acknowledge and apologize to the Asian students on campus who were triggered or hurt by the content of the microaggressions in our installation. We understand and empathize with the effects that this installation could have without the context of the explanation provided on our Tumblr. As a response to student concerns, we installed a condensed physical explanation of our mission statement today at the Rabb steps. We want to reinforce that this installation is a commentary on how these insults build up together to create a campus environment that does not welcome Asian students.

As Legal Insurrection's William Jacobson points out, we may be opening up a new frontier in the campus feelings-protection regime—trigger warnings for trigger warnings:

I can envision a campus walking path with one Trigger Warning after another warning of the next Trigger Warning, with no end in sight, so that you never actually heard the words or ideas against which they were warning.

It would be like a Russian matryoshka doll, with each layer a Trigger Warning, but no center.