The real key to job creation is leaving people free to explore, innovate and profit. 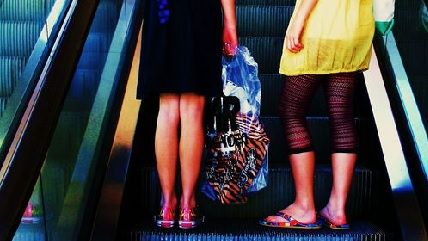 I took a camera to Times Square this week and asked people, "What creates jobs?" Most had no answer.

One said, "stimulus!" What? Government creates jobs? No!

I suppose it's natural that people think government creates jobs because politicians always say that.

"We've now created more than 10 million," said President Obama. But that just meant that he took office at the start of the recession, and finally job creation resumed.

He didn't cause that. In fact, his taxes and complex regulation slowed job creation.

His 2012 presidential election rival, Mitt Romney, was a little more free-market-oriented, but he sounded like Obama when he talked about jobs. He had "a plan" to add 12 million. Don't assume his plan was just to get government out of the way of the private sector—Romney said it's a bad idea to cut government spending during a recession.

FDR's New Deal was the dawn of belief that jobs flow from government. FDR didn't seem to care whether jobs people did were productive or sustainable. He just wanted something done about the "armies" of unemployed. If they weren't given jobs, they might become a real army and revolt.

Now that government has lots of power, people look to it to create jobs. Communist countries had five-year plans. They didn't work.

That's because jobs come from government getting out of the way and letting employers produce goods.

Humans have needs and desires. Entrepreneurs see those needs as opportunity. They hire people not out of generosity or because government told them to—but because it's profitable to employ people if they produce valuable goods.

If it's not profitable, that means those people would be better employed doing something else. The prices customers are willing to pay and the wages workers accept are the best indication of which jobs can be done profitably and therefore ought to be done.

But politicians don't trust business owners to make those decisions. Some also resent it if entrepreneurs succeed without kissing the politicians' ring.

President Obama famously said, "If you've got a business, you didn't build that. Somebody else made that happen."

I'd think Hillary Clinton would have learned from the outcry that followed, but no—she then said, "Don't let anybody tell you that it's corporations and businesses that create jobs! That old theory, trickle-down economics, has been tried. That has failed."

But it hasn't failed. Free markets lifted a billion people out of poverty during Hillary's career. She just won't acknowledge it. Lawyer-politicians aren't comfortable with creative destruction they don't control. They prefer central planning.

That's why Hillary also said, "I voted to raise the minimum wage. And guess what? Millions of jobs were created."

This, too, is absurd. Politicians act as if they can wave a magic wand and grant everyone more money. But minimum wage laws don't create jobs. They just make lower-paying jobs illegal. Some of those jobs go away. That's basic economics.

The effect on the economy is small because 95 percent of American workers earn more than the minimum. But the more employers are forced to pay, the fewer people they'll hire. McDonald's responded to recent demands for higher wages by making plans to replace cashiers with automated services. Once more, political "solutions" create new problems.

People need jobs, and millions find dignity in work, but not from jobs that others are forced to provide. People want to be genuinely useful. They don't just want to go through the motions.

Governments talk about five-year plans and false guarantees of stability, but truly futuristic thinking happens when governments leave people free to explore, innovate and profit. If the politicians don't screw that up, that process will create jobs we haven't even imagined yet.