Flying a Hobby Drone in a National Park? That's a Tasering. 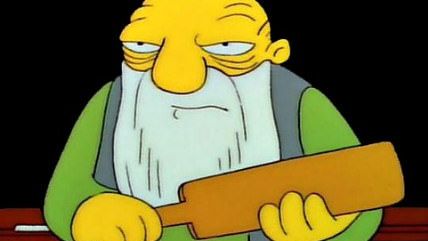 Travis Sanders has a little 3-inch hobby drone that he thought could he could use to film at Hawaii Volcanoes National Park. Didn't he know he's not allowed to do that? It's been the rule for … um … a couple of months now and is clearly posted on … um … the park's website.

Screw it, bring out the Tasers! That was a park ranger's response to Sanders flying his tiny little drone. Several onlookers contacted Hawaii News Now, describing what the ranger did as excessive and unnecessary. Here's how Sanders described how he was treated when he started flying his drone around:

"A guy approached me in the dark and said, 'Bring it down!' and he was very angry. I had no idea he was a ranger. He sounded very angry, confrontational — like he wanted to fight — and I didn't really want to stick around for it so I just told him, 'I don't have ID and I'm leaving'," described Sanders.

A spokesman for the park described him instead as "fleeing" and justified the use of the Taser, telling Hawaii News Now, "Apparently the suspect was very unpredictable and very unruly and the national park service ranger was really unclear what his next actions would be and needed to stop this individual." Apparently a guy with a drone at a park is the equivalent of an escaped mental patient waving a knife around Times Square. Who knows what he might do next?

Watch a video report of the incident below:

And here's ReasonTV reminding everybody that Tasers can kill people and that the casual use of them by law enforcement is a problem: