Do not deliver us, oh Lord, from temptation... 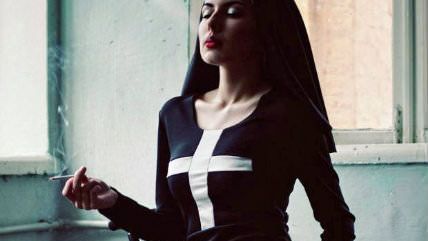 Last fall, The Social Club of Nashville left its current quarters for an isolated office park a few miles away. Owners spent $750,000 on the building and began renovations fit for "a private club for the enjoyment" of sexual activity. But when neighbors figured out the nature of club members' intended socializing, they packed the city council in support of a zoning change which would prevent The Social Club from opening.

"The new building is geographically isolated at the end of a dead-end street," AP reports, "but it is near the back of Goodpasture Christian School, a large private school serving pre-school through high school children." Under the new zoning law, private sex clubs are prohibited from operating within 1,000 feet of any schools, parks, daycare centers, or churches.

So The Social Club re-branded: It will now open as the United Fellowship Center, a house of unorthodox religious worship. The dance floor is now a "sanctuary." The dungeon is now a choir room. And dozens of small, private spaces have been designated "prayer rooms." The United Fellowship Center has even gotten a city permit to meet as a church—and "a church is something that cannot be defined under the U.S. Constitution," its lawyer, Larry Roberts, told AP.