Steve Chapman on Overreaching in Iran to Pursue Solutions 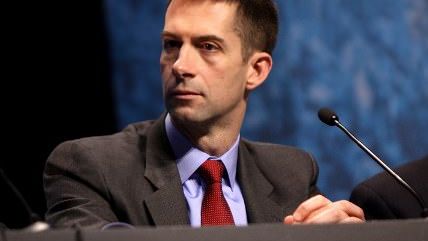 There is a basic dispute on a nuclear deal with Iran. The opponents see Iran as a deadly disease that must be cured once and for all. The supporters regard Iran as a troublesome condition that may not be eliminated but can be managed.

The fantasy of permanently eliminating a security problem is a recurrent one in American foreign policy. It wasn't enough to topple the Taliban and smash al-Qaida in Afghanistan. We had to undertake a long-term military effort to guarantee it would never again harbor terrorists. It wasn't enough to keep Saddam Hussein in a cage, where he posed minimal danger. We had to remove him and make his country a model for the Middle East. It wasn't enough to get Moammar Gadhafi to swear off terrorism and give up his nuclear program. We had to bring about regime change. Steve Chapman explains how none of these solutions worked out very well.