Sheldon Richman: What Libertarians Get Wrong About American History

American history is not an essentially libertarian story. 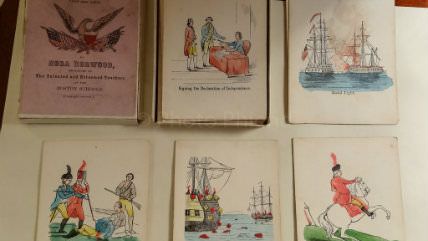 Libertarians naturally sense that their philosophy will be easier to sell to the public if they can root it in America's heritage. This is understandable. Finding common ground with someone you're trying to persuade is a good way to win a fair hearing for your case. Well-known aspects of early American history, at least as it is usually taught, fit nicely with the libertarian outlook.

But where libertarians often go wrong when it comes to history is in presenting American history as an essentially libertarian story, argues Sheldon Richman. It's not that everything about this overview is wrong; it contains grains of truth. Americans were upset by British arbitrary rule (which violated the accustomed "rights of Englishmen"), and Lockean ideas were in the air. But much of the rest of the libertarian template is more folklore than history.