A stripper is a sex-trafficker is a source of state revenue right? 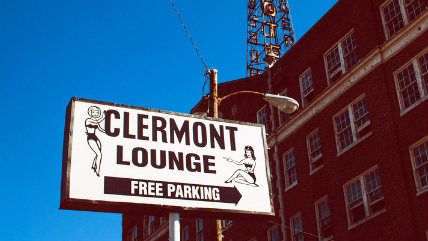 The Georgia House of Representatives just approved a constitutional amendment to make strip clubs pay for the state's fight against child sex-trafficking. What does one have to do with the other? A better question might be: Why do you hate the children???? Or at least that's the rhetoric George lawmakers seem to banking on. The amendment's proponents have barely even bothered to justify why strip club owners should be liable for footing this particular bill.

Imagine the outrage if lawmakers were trying similar shenanigans on any other category of business—soliciting an annual fee from gas stations to fight rape, say, or forcing podiatrists to subsidize drunk-driving checkpoints. Most Americans would have no problem identifying these schemes as unfair and outrageous. But throw an element of sex in the mix and anything goes. A stripper is a sex-trafficker is a source of state revenue.

Under the proposed amendment, all adult-entertainment businesses would have to pay $5,000 per year or 1 percent of their revenue, whichever is greater, into a state fund for child victims of human trafficking. The bill's text suggest that consuming alcohol and looking at naked women may entice strip club customers to go forth and sexually exploit children and hence the fee is "necessary" and "reasonable." It also suggests that strip clubs are a popular venue for shopping for child sex slaves.