So Arab Countries Can Clean Up Their Own Messes Without (Crazy) Uncle Sugar!

Being the craziest guy in the room can sometimes get results. 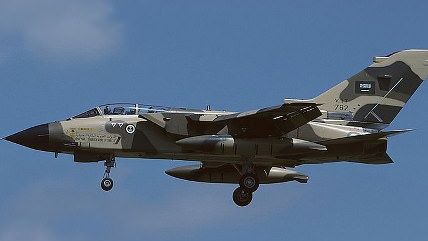 It looks like there are two ways to get countries to reduce their dependence on the American military umbrella. One way is the calculated, tough-love approach: point out that to other governments that they're capable of fighting their own fights, set a timetable for them to assume responsibilty for defense matters, and stick to it. The other approach is to act so nuts and untrustworthy that allies sense an implosion of crazy and reluctantly take on new responsibilities. This second technique seems to be working miracles in the Middle East as some sort of unified Arab self-help emerges from an anguished watching of whatever the hell it is the United States is up to.

Yesterday, The New York Times noted that "The Arab states said on Sunday that they had agreed to form a combined military force to counter both Iranian influence and Islamist extremism, a gesture many analysts attributed in large part to their drive for more independence from Washington."

Independence is good, right? We all like independence. But independence tends to involve fighter planes, troops, and initiative—the sort of pricey, high-responsibility commitments so many nations have been loath to make when Uncle Sugar and the marines are around to take it on themselves. So…Why the willingness to assemble a large, expensive international military force when the U.S. war machine is still so enthusiastically engaged around the world?

The Times story contains a hint, noting that Sunni Muslim nations in the Middle East are less than thrilled by U.S. nuclear negotiations with Iran. "Regardless of Iran's nuclear program, they complain, the deal would do nothing to stop Iran from seeking to extend its influence around the region by backing favored factions, as it has done in Lebanon, Iraq, Bahrain and Yemen."

But it gets wackier than that. While U.S. officials are talking up their support for Saudi airstrikes in Yemen last week, that contribution apparently came almost after the fact. Agence France Presse reported that American officials got an "oh, by the way" heads-up on the strikes.

General Lloyd Austin, head of US Central Command, told a Senate hearing that he had little advance notice of the Saudi air strikes launched on Wednesday.

Austin said he was informed by Saudi Arabia about the operation only "shortly before they took action."

On Friday, NBC Chief Foreign Correspondent Richard Engels rounded up the fascinating degree of chaos at hand in the U.S. government's current involvement in the Middle East.

In Syria you have the U.S. fighting both with Iran and against Iran, in the same country. So there is an incredibly convoluted dynamic underway right now where the U.S. is negotiating on one hand, and that's probably the biggest story right now that the U.S. is negotiating in Switzerland to come up with some sort of comprehensive deal with Iran which would see Iran put some brakes on its nuclear program in exchange for lifting the sanctions. So while we're negotiating in one country, we're fighting, or supporting a fight against Iran in Yemen, the fight that is now being led by Saudi Arabia. We're fighting both with and against Iran in Syria, and fighting with Iran in Iraq.

So there are many people who I've spoken to, many in the military, many policy analysts, who say that what we're seeing here is an incoherent policy regarding not just Iran but regarding the Middle East in general.

Do you get that? The United States is now too crazy to be trusted—in the Middle East! That's right. In a region long plagued by byzantine ploys, duplicity, fanaticism, ageless feuds, and seemingly irrational behavior, the United States government has emerged as the craziest guy in the room. American behavior has become so unreliable, that U.S. officials are apparently being cut out of the loop as the locals look for solutions on their own.

That's probably a better result than we'd have any right to expect had we actually…you know…planned it out ourselves.