Forcing people to exercise a right makes no sense. 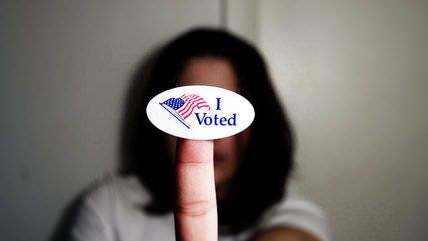 President Obama thinks that forcing us to vote might be a good idea. But mandatory voting has conceptual problems, argues Sheldon Richman. Enthusiasts of modern government often say that voting is a sacred right. Having a right means you may freely decide to take—or not take—an action without forcible interference by anyone else, including people in the government.

If one has a right to vote, the idea of making the exercise of that right mandatory is absurd, writes Richman. No matter how many good consequences Obama dubiously foresees from compulsory voting, they can't change the fact that forcing people to exercise a right makes no sense. It's a sad commentary that he is not ridiculed widely for his suggestion.