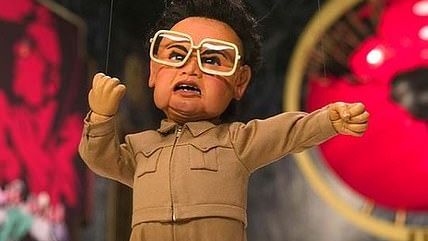 Well before stoner comedy The Interview enjoyed its unexpected public relations boost, points out Peter Suderman, North Korea had a complicated relationship with creative expression. Kim Jong-il, dictator of North Korea from 1994 to 2011, always fancied himself an artist. Throughout the 1970s—while his father, Kim Il-Sung, ruled the nation—he ran the country's culture ministry, and he was both a theorist and practitioner of the dramatic arts.

In 1974, Kim Jong-il published a treatise titled On the Art of Opera: Talk to Creative Workers in the Field of Art and Literature, arguing that conventional opera was too abstract, with "clumsy" acting and "tedious" dialogue.

Today, his 31-year-old son Kim Jong-un leads the country. He seems to prefer geopolitical drama to theater—except, perhaps, when it comes to mocking stoner comedies.