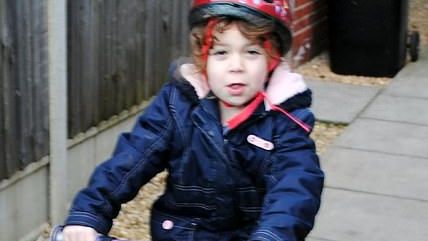 You aren't supposed to ride a bicycle on the footpath. But a Lincolnshire, England, police officer wasn't content just to remind Sophie Lindley, 4, and her father of that fact when he caught the two headed off to school. Dale Lindley says the officer threatened to confiscate the bike, reducing his daughter to tears and forcing him to carry her and the bike the rest of the way to school.