Busting the budget caps virtually ensures that necessary reforms within the Pentagon will be kicked down the road. 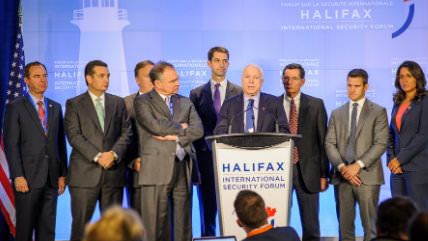 The civil war being fought within the Republican Party over Pentagon spending came to a head this week, as the House Budget Committee proposed a spending level technically in line with Budget Control Act (BCA) limits that actually skirts those caps by loading additional monies into the overseas contingency operations (OCO) account. Pentagon spending boosters are likely to claim victory. It is actually a defeat for fiscal responsibility and strategic good sense writes Christopher Preble, vice president for defense and foreign policy studies at the Cato Institute.

Busting the budget caps virtually ensures that necessary reforms within the Pentagon will be kicked down the road, Prebele argues. It discourages a serious reconsideration of the military's roles and missions. And the committee's shenanigans clearly defy the spirit of the BCA, which is rightly credited with slowing the growth of government.