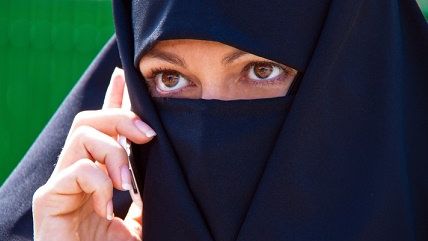 The UK-based Islamic Human Rights Commission has disgusted everyone who owns a moral compass by giving its international "Islamophobe of the Year Award" to Charlie Hebdo.

Yep, that's right—not content that the editors and cartoonists of Charlie Hebdo have already been summarily executed for the "crime" of Islamophobia, the IHRC now wants to posthumously insult them, metaphorically branding their corpses with the i-word so that everyone remembers what scumbags they were.

The IHRC, a charity founded in 1997 to research, study, and bleat about anyone who is less than fawning about Islam, initiated the Annual Islamophobia Awards in 2003. The winners are, of course, not actually anti-Muslim bigots, but simply people who have had the temerity to criticize some aspect of Islamic faith or culture.

But it isn't only Islam and its sympathizers who use the phobe label to chill legitimate moral debate. Everyone's at it, writes Brendan O'Neill.