Jacob Sullum on the French Right Not to Be Offended

Under French law, insulting people based on their religion is a crime punishable by six months in jail. 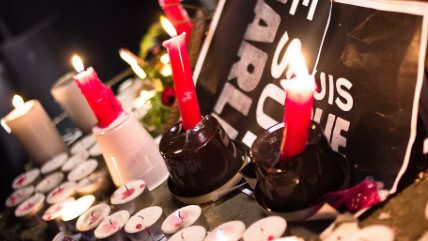 In the wake of the massacre at the satirical weekly newspaper Charlie Hebdo, perpetrated by men who saw death as a fitting punishment for the crime of insulting Islam, the French Ministry of Culture and Communication declared that "artistic freedom and freedom of expression stand firm and unflinching at the heart of our common European values." It added that "France and her allies in the EU safeguard these values and promote them in the world."

These were stirring words. If only they were true, Jacob Sullum writes.

Sadly, France and other European countries continue to legitimize the grievances underlying the barbaric attack on Charlie Hebdo by endorsing the illiberal idea that people have a right not to be offended. It is true that France does not prescribe the death penalty for publishing cartoons that offend Muslims. But under French law, insulting people based on their religion is a crime punishable by a fine of 22,500 and six months in jail.