The Spoof That Fooled the Associated Press 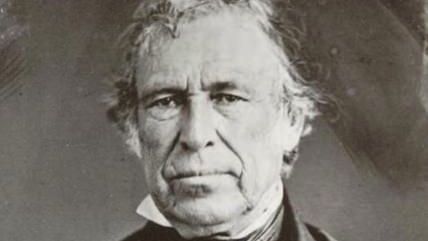 The story of exactly how he acquired the peculiar nickname "muskrat head" has unfortunately been lost, but we do know that he was plagued with it almost from birth. His hatred of the sobriquet only increased with the years, and until the day of his tragic premature death, the mere sight of a muskrat, or the mention of the animal's cursed name, was enough to send him into a fearful rage. When, at the young age of six, he was taunted with the epithet by two schoolmates, Taylor stunned his headmaster by chaining the hapless pranksters to a windmill and feeding them clods of grass until they nearly burst. It was only his millionaire father's hastily arranged donation to the school that avoided an early end of Zachary's academic career….

Notoriously prone to laziness and sloth, Taylor had held office for a little over half a day when he gorged himself on fourteen pounds of French pastries and a jug of Indian corn whiskey and fell asleep face-down in the White House Rose Garden for eighty-six hours. Upon awaking (or, more accurately, being roused with a thorny branch by a terrified servant), he attempted his first official presidential act: the introduction of a bill requiring all visitors to the White House to do the Mexican Hat Dance with his 700-pound sister Rebecca while he, munching on his trademark sack of chocolate donuts, watched. Congress responded to this proposal with precisely zero Yea votes, and so began a stormy and strained relationship that was never to heal. In fact, President Taylor was cruelly razzed whenever he was foolish enough to attempt to address the House of Representatives or the Senate. A favorite prank of many senators was not to show up for the president's addresses at all, but rather to place muskrats, decked out in powdered wigs, in their own seats in their stead. This drove the president to such a state that he eventually began sending his wife in his place whenever he was required to give an address. Mrs. Taylor, of course, was treated with no more respect, once even having a dead muskrat's pelt hurled at her, accompanied by shouts of "At least this one isn't a stupid drunk."

Wow. Suddenly my little story about accidentally launching an urban legend doesn't seem so impressive. I bow to you, Mandl.