The U.S. government acts as if it has a license to kill. 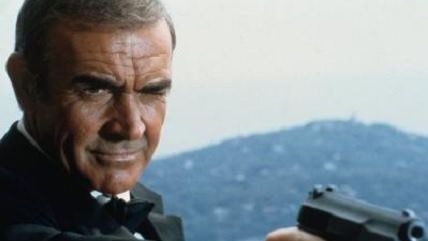 Today, American politicians of both major parties — conservatives, "moderates," and so-called liberals alike — insist that the United States is an "exceptional," even "indispensable" nation. In practice, this means that for the United States alone the rules are different. Particularly in international affairs, it — the government and its personnel — can do whatever deemed necessary to carry out its objectives, including things that would get any other government or person branded a criminal.

This is nothing new. "American exceptionalism" goes back to the founding. When American politicians set their sights on Spain's North American possessions, they were driven by the same attitude. In their view the new "Empire of Liberty," as Jefferson called it, was destined to replace the old, worn-out empires of Europe in its hemisphere. They had no doubt that the Old World's colonial possessions would eventually fall under the jurisdiction of the U.S. government, either formally or informally.

Acquisition through negotiation was preferred over war by a good number of presidents, secretaries of state, and members of Congress, but if war was necessary, they intended to be prepared and to let Spain and her fellow colonial powers know it. Thus the push for a global navy under James Madison, James Monroe, and John Quincy Adams before 1820. Manifest destiny! (Congress's constitutional war power was a burr under the saddle for Adams and others, who thought war-making was properly an executive power.)

Today we see signs of the doctrine of American exceptionalism all around. U.S. foreign policy is not bound in the ways in which U.S. officials expect other countries' foreign policies to be bound. America is special, chosen. So the rules are different.

We might say America has a James Bond complex. In the eyes of many Americans, the United States has a "Double O." Bond said the Double O indicated "you've had to kill a chap in cold blood in the course of some assignment." As Ian Fleming's series went on, the Double O became a license to kill. Judging by how the U.S. government gets away with murder, terrorism and other horrible offenses, it apparently has a de facto license to kill. Although by the U.S. definition, nothing it does can ever qualify as murder and terrorism.

The signs can be perceived in Americans' pronounced lack of interest in seeing the country's governing elite held accountable for its aggressive wars, abuse of prisoners, indefinite detention, mass surveillance, sponsored genocide and occupation, and so on.

When has an American official been placed in the dock to answer for these crimes?

Instead, officials from whose hands the blood of countless innocents drips are treated like dignitaries, even royalty. When 91-year-old Henry Kissinger, a former secretary of state who presided over the deaths of countless Vietnamese and others, appears anywhere, such as a Senate hearing, he's accorded the reverence that parishioners pay to their priests — while peace activists, who want him held responsible, are called "low-life scum" by a fawning senator. When Madeleine Albright, a former UN ambassador and secretary of state, writes a new book, talk-show hosts climb over one another to interview her — never asking how she could have thought that killing half a million Iraqi children in the 1990s was an acceptable price for the Clinton administration's attempt to drive Saddam Hussein from office.

Will George W. Bush, Dick Cheney, and Donald Rumsfeld face charges for their wars of aggression against Iraq and Afghanistan? For their drone wars in Pakistan, Yemen, and Somalia? For their torture programs? Will Barack Obama ever have to defend himself against murder counts for his drone kills? Will former Secretary of State Hillary Clinton bear consequences for the havoc she unleashed in Libya?

Of course not. The United States is the Double-O nation. Its rulers need not fear judgment. They have a license to kill.