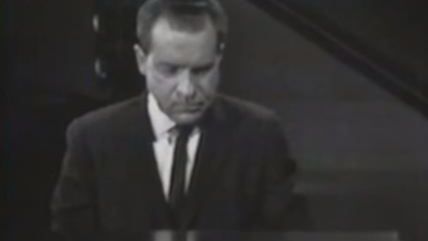 The sound cuts out at 2:07; I'm not sure why. If you feel like you've been cheated out of an extra minute of musical Nixon, I'll try to sate you with this bonus footage of Nixon and Jack Benny playing a duet. Alternately, here is the opening scene of Nixon in China.

(For past editions of the Friday A/V club, go here.)