The American Sniper Was No Hero

Despite what some people think, hero is not a synonym for competent government-hired killer. 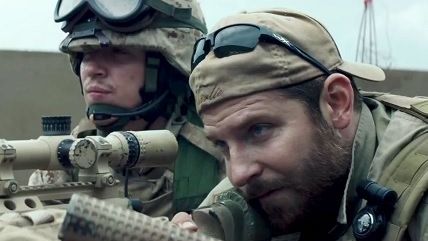 Despite what some people think, hero is not a synonym for competent government-hired killer.

If Clint Eastwood's record-breaking movie, American Sniper, launches a frank public conversation about war and heroism, the great director will have performed a badly needed service for the country and the world.

This is neither a movie review nor a review of the late Chris Kyle's autobiographical book on which the movie is based. My interest is in the popular evaluation of Kyle, America's most prolific sniper, a title he earned through four tours in Iraq.

Let's recall some facts, which perhaps Eastwood thought were too obvious to need mention: Kyle was part of an invasion force: Americans went to Iraq. Iraq did not invade America or attack Americans. Dictator Saddam Hussein never even threatened to attack Americans. Contrary to what the George W. Bush administration suggested, Iraq had nothing to do with the attacks on Sept. 11, 2001. Before Americans invaded Iraq, al-Qaeda was not there. Nor was it in Syria, Yemen, and Libya.

The only reason Kyle went to Iraq was that Bush/Cheney & Co. launched a war of aggression against the Iraqi people. Wars of aggression, let's remember, are illegal under international law. Nazis were executed at Nuremberg for waging wars of aggression. With this perspective, we can ask if Kyle was a hero.

Defenders of Kyle and the Bush foreign policy will say, "Of course, he was a hero. He saved American lives."

What American lives? The lives of American military personnel who invaded other people's country, one that was no threat to them or their fellow Americans back home. If an invader kills someone who is trying to resist the invasion, that does not count as heroic self-defense. The invader is the aggressor. The "invadee" is the defender. If anyone's a hero, it's the latter.

In his book Kyle wrote he was fighting "savage, despicable evil" — and having "fun" doing it. Why did he think that about the Iraqis? Because Iraqi men — and women; his first kill was a woman — resisted the invasion and occupation he took part in.

That makes no sense. As I've established, resisting an invasion and occupation — yes, even when Arabs are resisting Americans — is simply not evil. If America had been invaded by Iraq (an Iraq with a powerful military, that is) would Iraqi snipers picking off American resisters be considered heroes by all those people who idolize Kyle? I don't think so, and I don't believe Americans would think so either. Rather, American resisters would be the heroes.

No matter how often Kyle and his admirers referred to Iraqis as "the enemy," the basic facts did not change. They were "the enemy" — that is, they meant to do harm to Americans — only because American forces waged an unprovoked war against them. Kyle, like other Americans, never had to fear that an Iraqi sniper would kill him at home in the United States. He made the Iraqis his enemy by entering their country uninvited, armed with a sniper's rifle. No Iraqi asked to be killed by Kyle, but it sure looks as though Kyle was asking to be killed by an Iraqi. (Instead, another American vet did the job.)

Of course, Kyle's admirers would disagree with this analysis. Jeanine Pirro, a Fox News commentator, said, "Chris Kyle was clear as to who the enemy was. They were the ones his government sent him to kill."

Appalling! Kyle was a hero because he eagerly and expertly killed whomever the government told him to kill? Conservatives, supposed advocates of limited government, sure have an odd notion of heroism.

Excuse me, but I have trouble seeing an essential difference between what Kyle did in Iraq and what Adam Lanza did at Sandy Hook Elementary School. It certainly was not heroism.

This article originally appeared at the Future of Freedom Foundation