Behaving as if mass death is lurking around every corner won't make our kids any safer. 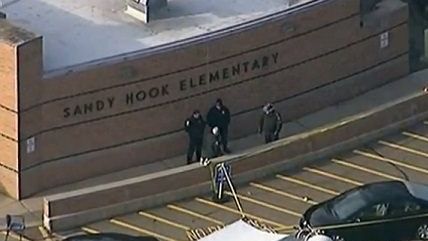 The parents of two of the children killed in the Sandy Hook massacre are suing the town and the board of education for not doing enough to keep the kids safe. According to NewsTimes.com:

The suit claims the school's lockdown and evacuation plan was practiced, but never implemented on the day of the shooting, which "resulted in the death of 20 students." The suit also alleges the school failed to train a substitute teacher about the lockdown procedure and didn't give her a key that would have allowed her to lock the classroom once she heard gunshots being fired on the morning of Dec. 14, 2012.

While no one can possibly blame the parents for dearly wishing the day had not unfolded as it did, the suit seems to suggest that a school that is not 100 percent prepared 100 percent of the time for an unimaginable tragedy is somehow negligent.

This is a town that previously had endured a single homicide in 10 years. To suggest it should have been on high alert is like saying there is no difference, safety-wise, between a public school in suburban America and a secular girl's school in Taliban territory.

As for the suit's contention about locked classroom doors, recall that the school actually was locked. The gunman simply shot through the glass. Should schools have no windows? Couldn't a gunman blast through classroom doors, too, the way he blasted into the school?

Holding schools—or any public gathering place—accountable for crimes that are unpredictable and unstoppable sets an untenable standard of wartime preparedness.