Charlie Hebdo and the Wimpiness of the Press

Major journalistic outlets may applaud Charlie Hebdo's defiance of terrorists, but they can't bring themselves to emulate it. 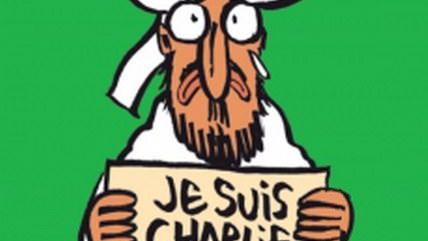 Over at Friendly Atheist, occasional Reason contributor Rogier van Bakel notes the forced smiles and nervous claps all around that major organs of the press are giving Charlie Hebdo for dishing up a defiant serving of mockery just a week after the murderous terrorist attack on the publication's offices—and the notable degree to which they don't share the same brand of courage.

I propose that we give the New York Times some new sort of Pulitzer Prize for Top Performance in Eggshell-Walking. I further nominate the BBC for Dhimmitudinal Pussyfooting, CNN for Petrified Around-the-Bush-Beating, Channel 4 for Greatest Advances in Mousiness, and the Associated Press for the Cowardly Mollycoddling of Its Own Collywobbles.

And I'll tell you what brought that on.

The Times has a news article about the historic new Charlie Hebdo issue that is hitting French newsstands tomorrow,

The Times merely links to the issue's cover and doesn't actually show it, and even tries to downplay the measly link with the remark that the image has

… already [been] widely seen on the Internet.

As van Bakel points out, that cover is the news in the wake of murders carried out as thin-skinned retaliation for similar pointed cartoons. Repeating the "offense" is a demonstration that journalists won't be intimidated, while refusing to run its image while jabbering on about it is a display of intimidation.