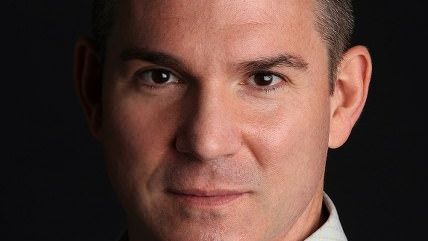 Frank Bruni's remarkably superficial New York Times column on religious liberty can best be summed up as, "Your rights end when I want something from you." Worse yet, Bruni seems to think religious liberty is a thing that exists only inside one's skull and when singing hymns and not something that should inform anybody's behavior in public or when dealing with others, which means he doesn't actually believe in religious liberty at all. This is all in favor of shifting the goal posts from stopping the government from blocking legal recognition of gay marriage to forcing private businesses to provide services to gay couples (wedding cakes, et cetera) that they don't want to provide for religious reasons:

Baking a cake, arranging roses, running an inn: These aren't religious acts, certainly not if the establishments aren't religious enclaves and are doing business with (and even dependent on) the general public.

Their owners are routinely interacting with customers who behave in ways they deem sinful. They don't get to single out one group of supposed sinners. If they're allowed to, who's to say they'll stop at that group?

The existence of a marketplace? I'm fascinated by the idea of a store operator devoted to trying to find reasons not to do business with anybody because they're all sinners and what would happen to such a store. It might make a moderately funny Saturday Night Live sketch, but Bruni provides little actual evidence anything will actually happen, because, well, we already have this religious liberty that he seems to think is some new-fangled trick by the religious right to sneak out of some imaginary obligation to bake cakes for all comers. He actually calls "religious freedom" a dog whistle to "use as a fig leaf for intolerance."

The most flippant libertarian response would be, "Yes, and your point is …?" Less flippantly, whether Bruni is willing to accept it or not, antidiscrimination laws are an imposition on a person's liberty. This is not a controversial statement, or rather it shouldn't be. Public accommodation laws require businesses to provide goods and services to people. It makes somebody do something they might not want to do. Regardless of whether the reasons are valid, the laws constitute a loss of liberty. The actual debate is whether the government has a compelling argument to create such an imposition on the public, and here's where people disagree.

Working against Bruni, the number of cases of gay couples being denied services for their weddings are small, and there's marketplace competition willing to step in. Trying to compare the problem to the widespread, systemic racial discrimination of post-segregation era (which Bruni attempts as well) looks unserious. Who's to say they won't discriminate even more? Because they aren't discriminating even more?

And he makes that very common mistake that both liberals and even many conservatives do by asking why the government "allows" people to do certain things. He doesn't seem to grasp it's the people who grant the government the authority to do certain things. And because religious freedom is enshrined in the United States Constitution, what the government is "allowing" is what the government has been told it is not allowed to restrict. He complains about a "questionable" exemption that allows churches to engage in discriminatory hiring, prompting Ramesh Ponnuru at the National Review to explain that this religious exemption has been bolstered by a completely unanimous Supreme Court ruling.

I find myself more and more defending religious people from utterly unprincipled arguments from the gay orthodoxy, though I'm completely nonreligious and extremely gay. This screaming over a handful of bigoted businesses is a rather loathsome effort to make a moral crusade out of one's private luxury desires, and it's causing economic harm to others. The American Civil Liberties Union suing some little florist shop for not serving a gay wedding is the absolute definition of "punching down." It's a result of confusing the right to demand dignity via equal treatment under the law, something everybody's entitled to, with a demand that private citizens and businesses also treat them with dignity, something nobody has a right to at all.

Bruni complains at the beginning of his column that America can't seem to work out this "separation of church and state business" as he calls it, and then without batting an eye, pivots to demanding that the government force religious people to provide goods and services to others regardless of what their faith tells them. Bruni is part of the problem. I doubt he will ever understand that the government telling citizens the extent that they may allow religion to inform their choices is a violation of this separation he mentions, let alone an encroachment on liberty. Actually, he probably does grasp that it's an encroachment on liberty. He just thinks that's actually a good outcome.