How to create black markets and encourage game piracy 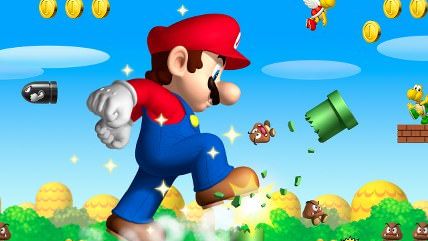 Brazil is a huge market for video games. Latin America as a whole lags behind the West and Asian countries as a total gaming market, but it's a growing market, and Brazil is the fourth-largest consumer of video games in the world. Forecasts had Brazilians spending $1.5 billion on video games in 2014.

So it may be surprising to hear that Nintendo is pulling out of Brazil's market. That's crazy! But it's because of the taxes. Brazil has ridiculously high import taxes for tech goods. When Nintendo's current primary console, the Wii U, was launched a couple of years ago, gamers in the United States could get it for as little as $300. In Brazil, it cost the equivalent of more than $800. Polygon notes how it has impacted other game systems sold in Brazil as well:

When the PS4 launched in Brazil, Sony explained that 63 percent of the console's price tag was attributable to fees and taxes applied to the importing of the console. Sony, in an explanation to shocked consumers, mentioned the possibility of manufacturing the PlayStation 4 in Brazil to avoid the taxes and fees. Sony already manufactures PlayStation 3s in the country.

According to some stats about video game sales in Brazil, console gaming is only a small part of the country's market, six percent. Mobile, social, and free-to-play games (like League of Legends) dominate the market in Brazil. But what do all of those games have in common? They don't have physical objects to tax in Brazil.

Even so, those numbers may only be part of the picture. Scroll down to the comments in this IGN story about Nintendo's pullout and you'll see stories from English-speaking gamers in Brazil talking about the methods they use to try to get games without having to pay their homeland's absurdly high tariffs. Nintendo made it a point to say they will continue distributing their products in Latin America, just not Brazil ("Wink, wink; nudge, nudge"). There are undoubtedly a significant number of consoles and games that make it to citizens of Brazil through various avenues that avoid paying those taxes and therefore probably don't even show up in game sales figures for Brazil. High taxes lead to black markets. They always do.

Or in this case, piracy. Entertainment piracy is often presented as consequence of selfish consumers wanting to get something for nothing. But it's also a predictable consequence of trade manipulation and government revenue-seeking that distorts the marketplace so much that it makes it impossible for the consumer to connect to the goods he or she seeks at a rational price.