Jacob Sullum on the Intra-Republican Split Over Marijuana Federalism 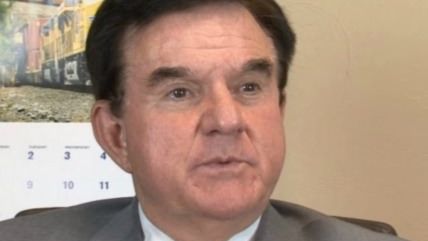 At the end of last month, seven Republican members of Oklahoma's legislature, including five of the most conservative, publicly criticized that state's Republican attorney general, Scott Pruitt, for trying to reverse marijuana legalization in Colorado. Jacob Sullum says the letter, spearheaded by state Rep. Mike Ritze (R-Broken Arrow), was a striking illustration of the split that the ongoing collapse of marijuana prohibition has created among Republicans, pitting their anti-pot prejudices against their avowed devotion to federalism.