NYPD Continues to Not Arrest People. Are New Yorkers Envying, Eating the Dead, Yet? 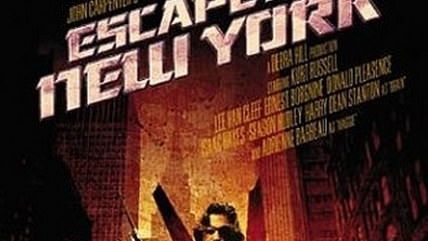 This is similar to the plunge the week before. So where is surge of people who feel victimized as a result of the lack of police presence? Josh Greenman, an opinion writer for the New York Daily News, tweeted crime stats for last week showing an increase in murder, rape, and robbery, but nevertheless a five percent drop in violent crime when comparing the start of 2014 to the start of 2015.

Last week, when I made note of the first week of the "work stoppage," I added that the city would take a revenue hit when the police don't go around enforcing traffic laws and various petty misdemeanors. In this latest Times story, a president of one police union said that 911 calls are being responded to, but there were much fewer fines. "That's one of those things that will correct itself, I'm sure," he said.

If the union president is saying that the situation will correct itself once the city realizes what it's losing, actually maybe they should check some numbers. I originally thought it was a little bit silly for the New York Police Department to attempt to take a "starve the beast" tactic against its own employers. After all, in many cities, public safety departments are their largest expenses. They are the hungry belly of the beast.

So let's look at New York City's adopted budget for the 2015 fiscal year, and pull out some figures that perhaps the police unions should keep in mind when it thinks its behavior is hurting the city's bottom line. The biggest surprise is that, yes, the city does get a lot of money from fines, but not even enough to pay a quarter of the salaries of the city's police officers.

I included the cigarette taxes, since Eric Garner's death and the reasons behind it have helped fuel this fight. The city also gets $535 million in hotel taxes, thus the targeting of Airbnb room-sharing services. Anyway, this should make it clear that the police are dependent on the money the city gets from sources outside of the police enforcement of the law in order to continue to do their work. That's not always the case with cities, especially small ones, but it certainly is for New York City.