Ronald Bailey | From the January 2015 issue 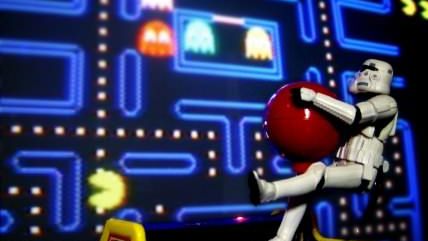 For as long as there have been violent video games, there have been politicians decrying their effects on young minds. In 1993, the Senate held a hearing on games that included clips from fighting game Mortal Kombat. More recently, President Obama declared in a 2013 speech that "Congress should fund research into the effects that violent video games have on young minds." The clear implication in both instances was that violent games produce violent behavior.

Yet research published in the August 2014 Psychology of Popular Media Culture finds that playing violent video games is in fact correlated with less aggression and crime in the real world.

The researchers probed correlations between crime rates and video games sales, Internet searches for game guides, and the monthly and annual release dates of popular violent games. The researchers reported, "Annual trends in video game sales for the past 33 years were unrelated to violent crime both concurrently and up to 4 years later." In addition, they found that "unexpectedly, monthly sales of video games were related to concurrent decreases in aggravated assaults and were unrelated to homicides. Searches for violent video game walkthroughs and guides were also related to decreases in aggravated assaults and homicides 2 months later. Finally, homicides tended to decrease in the months following the release of popular M-rated violent video games."

The paper does not draw policy conclusions, but the results lend support to one course of action: Relax and let gamers harmlessly murder pixels.