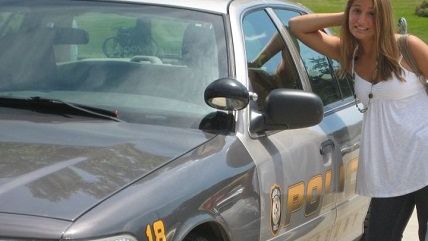 Black anger that Ferguson police officer Darren Wilson was not charged for killing Michael Brown stems partly from the fact that blacks in America often face much worse treatment from cops than whites do. Only rarely do whites get an unpleasant taste of what minorities have to swallow.

The Ferguson police search blacks more often even though they are far less likely to be found with contraband than whites. These disparities are typical of vehicle "consent searches" in other jurisdictions, according to Steve Chapman.

The searches are known by that term because they may not be conducted without the agreement of the motorist. (If the cop has "probable cause" that he'll find evidence of a crime, he can search without asking.) But it's a joke. Few drivers are willing to say no, writes Chapman.