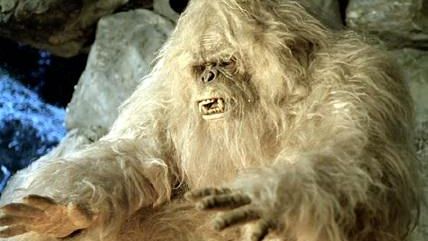 Let's hear it for Karen Straughn, Maryland Assistant Attorney General—Consumer Protection. She is so dedicated to protecting consumers that she has gone beyond reality and is now warning her constituents about mythical dangers.

According to ABC's 7online.com, the consumer protection advocate is telling people that if they suddenly notice a $100 bill on their windshield, they should not get out of their cars:

Most people would, possibly thinking it's a holiday gift from a stranger, but, really, authorities say, it could just be how you get caught in a scam. Authorities in Maryland are warning people about the potential for this kind of scam, particularly around the holidays.

They're warning people that when the driver exits the car with the door open to grab the bill, a thief has the opportunity to steal the vehicle.

Um… before even discussing the fact that this is an urban myth, can we think about it logically for just a sec? How could you be in your car and then notice a $100 bill on your windshield? Did you get in with your eyes closed? And if someone was standing close by, ready to pounce, why would he bother with a $100 bill? You're there, he's there. Pounce.

And how many pouncers have a cool, crisp $100 bill to use (and perhaps lose!) on this venture, anyway? Wouldn't a $10 bill work just as well? Or even a coupon for a free Chipotle?

But, of course, all that is beside the point. Straughn, a public protectress, says she has heard one "unknown resident" mention "one incident" of this happening—the old friend-of-a-friend grapevine—but "has not seen a police report about it." Of course not. No one has. Because it never happened.

This non-reality may be slightly relevant, she says:

"But because it's something of a frightening nature, if this happens to someone, we hope they will take the proper precautions," Straughn told ABC News.

Straughn said she is aware that the scam is touted online as an urban legend, but she wants to warn the public as a precautionary measure.

In another press conference, we assume Straughn will warn consumers to be aware of large green

creatures with stocking caps as these "Grinches" have been known to steal Christmas. And if you find yourself getting into your car and suddenly confronted by a large man-bear about 8 feet tall with white matted fur, this is a Yeti, and consumers should exercise extreme caution….

…in choosing their next assistant attorney general.