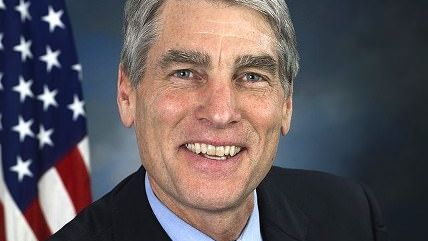 I noted at the start of the week that civil libertarians are pushing Sen. Mark Udall (D-Colo.) to release the contents of a currently secret Iraq War torture report produced by the Senate. Udall sits on the Senate Intelligence Committee at the moment and has access to the report, but he lost re-election last week to Republican Cory Gardner, and now his days are numbered. Udall has been a solid voice for more transparency in government and National Security Agency surveillance reform. He has been pushing for the report's release as the Senate fights with the CIA and White House over how much information to redact.

The idea is that Udall could call a special subcommittee meeting and read the contents of the secret report into the record, using the same tactics former Sen. Mike Gravel of Alaska used in 1971 to help reveal the contents of the Pentagon Papers. Using this method would grant Udall immunity from prosecution. What was lacking from any analysis of the idea was what Udall actually thought about it. Today The Denver Post talked to Udall, and he's keeping all his options open to try to get the information from the torture report:

In his first interview since Election Day, Udall told The Denver Post that he would "keep all options on the table," including a rarely-used right given to federal lawmakers, to publicize a secret report about the harsh interrogation techniques used by CIA agents in the aftermath of the Sept. 11, 2001, terrorist attacks.

He also vowed to make one final push to curb the National Security Agency and its power to gather information on ordinary Americans.

"Trying to run out the clock … is not an option," Udall said Thursday of the long-hidden CIA report. "The truth will come out."

Read more here. Udall did say he hoped he wouldn't have to resort to such a method of getting the report out and believes both sides are close to an agreement.