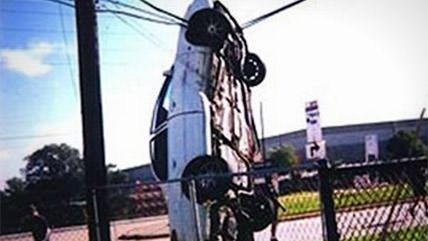 When thieves broke into Danny Westneat's car and stole his wife's purse, his children were able to use the GPS tracker on the iPhone in the purse to track it down, locating the signal coming from a van. He called the Seattle police, thinking they would come and arrest the thieves. At first, dispatch refused to send an officer. When one finally did show up, he refused to allow Westneat to accompany him into the parking lot the family had seen the van enter. The cop emerged, told him he couldn't find the van and left. When Westneat drove into the parking lot, he immediately spotted the van.