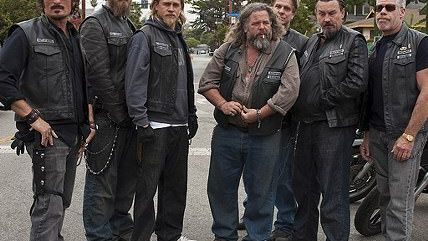 You may be the type of weirdo who is not interested in watching a CNN analyst explain in detail (with charts) the difference in the number of votes in Mecklenburg County, North Carolina, for President Barack Obama in 2012 versus the number of votes for Democratic Sen. Kay Hagan today. We all have our flaws.

But we have you covered at Reason with a less painful, less intrusive option. At our Reason 24/7 newsfeed we'll be busy tonight putting out the latest information on election outcomes of interest to libertarians. No inane analysis, just info. (Warning: There may be sarcasm in headlines. Also: puns.) We'll have regular posts on the outcomes of races and ballot initiatives we've been highlighting at Reason for the past couple of weeks, whether it's libertarian-leaning candidates from either party, actual Libertarian Party candidates, and important ballot initiatives. We'll also take note of whether the Republicans have taken control of the Senate, assuming anybody is able to actually make that call this evening. We've made it easy for you to just check periodically and then turn back to something more entertaining. You can check out the site feed here. Our Twitter feed is here, and I'll be tweeting out numbers and info there periodically throughout the night. If you have our Reason app, the 24/7 feed is right on there, easy to check before turning back to Instagram or whatever hookup app you're using to get some quick nookie.

So what to watch or do instead? Sadly, some networks seem to have worried that people will actually want to tune in to midterm election results tonight and are running reruns rather than counterprogramming. No new episode of The Flash tonight. Boo! Even worse, no new episode of The Independents tonight. Boo! For those looking to escape from the wall of talking heads, here are some options. (We claim no responsibility for interruptions, commercial breaks, or news tickers that expose you to midterm election results despite your best efforts.)

In the wake of the end of How I Met Your Mother, networks have offered a glut of gimmicky romantic comedies, most of which are bombing. The terribly-named Selfie, which recasts Pygmalion for the era of social media, is offering up back-to-back episodes at 8 p.m. on ABC. Fox follows up with its own comedy block of The New Girl and The Mindy Project from 9 to 10 p.m., but before that Fox is serving up a second season of MasterChef Junior. Normally I wouldn't dream of recommending watching any reality show featuring Gordon Ramsey for any reason other than an education in how phony and predictable reality shows are. But MasterChef Junior causes Ramsey and his cohorts to briefly act like acceptable human beings. Also the children were really good cooks in the first season, much better than many of the adults that have appeared on Ramsay's other shows.

I don't believe anybody on Sons of Anarchy is legally allowed to vote with their criminal records, so they will continue with their final season of killing each other and everybody else at 10 p.m. on FX. I don't watch the show, and I'm assuming that's not a spoiler, and everybody who watches knows that the series is going to end with everybody dead.

What I would be watching if weren't serving you all with midterm news that you will maybe glance at for seconds (I'm not bitter, I swear!) is Marvel: 75 Years, from Pulp to Pop on ABC at 9 p.m. I grew up reading Marvel comics, particularly the X-Men. Colossus made me gay. True story.

And of course, there's always Netflix! They've got Batman and Batman Returns today. Those are the Michael Keaton ones.

But let's not forget video games. Call of Duty: Advanced Warfare is out today, perfect to remind us all on Election Day that government is, above all things, a purveyor of deadly force. Kevin Spacey provides voice acting for this edition, presumably playing an amoral asshole with a deliberately bored vocal affect. Just a guess.

For video game nostalgiamaniacs, the Internet Archive has just made it possible to play hundreds of old arcade games in your web browser with an emulator. Check it out here.

And of course, besides our Reason 24/7 result coverage, we'll also be blogging our own analysis of the midterm outcomes tonight here at Hit and Run, so check us out during commercial breaks or while waiting for your Call of Duty map to load.